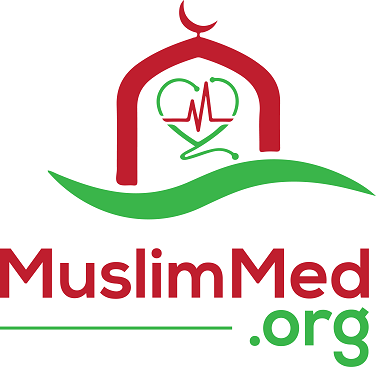 My query is regarding the use of insulin pumps (e.g., Omnipod) and continuous glucose monitoring systems (CGM) (e.g., Freestyle Libre, Dexcom G6) for use in Type 1 Diabetic patients. These items are only meant for one-time use and are also very expensive to purchase. A needle is inserted through the skin and covered with an adhesive. Removal of the sensor will result in having to discard the sensor or pump item. Can it be considered valid to perform ghusl by passing water over them instead of removing the sensor/pump or catheter insertion requiring it to be permanently discarded?

Performing Ghusl while Using an Insulin Pump or CGM Device

For Muslims, this raises a question regarding the validity of ghusl when using one of these devices. When performing ghusl, a person must wash his entire body[i]. However, the adhesive that secures the infusion set in place prevents water from reaching the underlying skin.

Having to replace the insertion site prior to its normal expiration period leads to significant difficulty (e.g., prohibitive costs of multiple insertion sets, repeated discomfort of needle insertion, bruising, and infection).  The Sharī`ah aims to prevent this type of difficulty (al-ḥaraj). Therefore, wiping over the infusion site would be permitted as mentioned above. In comparable situations, scholars have given similar rulings. For example, in the case of certain professions that unavoidably result in water impermeable substances getting stuck under one’s nails, such as leatherworkers and garment dyers.[iii]

Comparison to Wiping Over a Bandage

Wiping over the adhesive avoids the difficulty described above. This situation is comparable to a puncture wound with a foreign body remaining at the site of puncture. One would then apply an adhesive bandage over the wound and wipe over it. According to the Sharī`ah, a person may wipe over a bandage placed over a wound when removing the bandage would cause harm[iv]. In the query, the wound is self-inflicted for a medical need, i.e., the insulin delivery and glucose measurement.

Is There a Need for Insulin Pumps and CGMs?

The dispensation above only applies when a wound needs to be covered.  If a person has an injury that will not be exacerbated or prolonged by the removal of the bandage during ghusl, then wiping over the bandage will not be permitted. This raises the question as to whether there is a medical necessity that would justify wiping over the insulin pump or CGM site in the first place.

For diabetics, maintaining glycemic control and preventing hypoglycemic episodes is a medical necessity.  Improved glycemic control, with a goal HgbA1c<7 for most adult patients, has been shown to reduce the risk of micro- and macro-vascular complications and subsequent end-organ damage[v].  Prevention of hypoglycemia is necessary due to its potentially devastating consequences, such as brain death and fatal arrhythmias[vi].

Insulin dependent diabetic patients most commonly use multiple daily insulin injections for insulin delivery.  Studies have not shown one method to be significantly superior to the other in glycemic control, although a recent systemic review and meta-analysis found that insulin pump therapy offered a slight decrease in HgbA1c and a reduction of hypoglycemic episodes[vii].  However, the optimal choice is often dependent on the patient’s lifestyle and glycemic patterns.  For example, insulin pump therapy can be of particular benefit in patients with variable insulin requirements, unpredictable schedules, and those who have not achieved glycemic goals with multiple daily injections[viii]. If after consultation with one’s doctor or a diabetic care team, an insulin pump has been deemed the optimal choice, a Muslim may wipe over the insertion site during ghusl.

Studies have shown CGM’s to improve glycemic control in type 1 diabetics and to reduce episodes of hypoglycemia in comparison to traditional finger-stick blood glucose monitoring[ix]. For most type 2 diabetics, studies have not shown as clear a benefit. However, CGM has been recommended for type 2 diabetics with multiple daily insulin injections, risk of hypoglycemia, or hypoglycemic unawareness[x]. Therefore, a Muslim with type 1 diabetes may wipe over their sensor insertion sites during ghusl, even if not prescribed by a doctor.  On the other hand, a Muslim with type 2 diabetes should only do so if a CGM device is recommended by his doctor and diabetic care team.